Backgrounding with Xamarin and other useful links

Popular posts from this blog 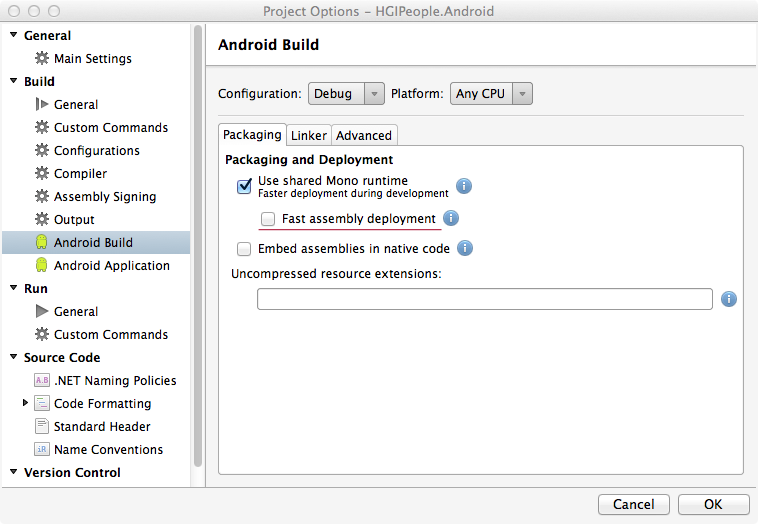 When deploying a Xamarin Android App to a device we were getting the error ' Deployment failed. Assembly synchronization error '.  Apparently this happens on Samsung devices with Knox  installed and to get around the problem you can uncheck ' Fast assembly deployment' in Xamarin Studio via the project options, a screenshot is below: The problem here, for us anyway, is that it then removes the existing package and reinstalls a new one every time.  As we're developing Apps using Xamarin bindings for Good Technologies Good Dynamics it then throws up the rather annoying email address / pin screen, as seen in the screen below every time we tried to update and deploy the App. During Good Dynamics development to get round this problem you just have to either use a non Knox/Samsung device or the standard SDK Emulators (as a side note Genymotion won't work with Good due to the lack of 386 support).   Ok it looks like this was a red herrin
Read more